HL Filmes is a film and television producer based in São Paulo and in Palmas, Tocantins, with five feature films and four documentary series recently produced. Among the films, the feature film “Age of Water” ( 2018), by the famous Orlando Senna, director of the award winning “Iracema – Uma Transa Amazônica” (1980), the last of the filmmakers of Cinema Novo, who has already accumulated great participation and prizes in film festivals in Brazil and in several countries, such as Spain, Argentina, Chile and Cuba, and available on Amazon Prime Video, in Brazil, Angola, Cape Verde, Guinea Bissau, Mozambique and East Timor.

Currently, HL Filmes is preparing to produce its first feature film and its first fiction series. The film by the award-winning filmmaker Lírio Ferreira (“Acqua Movie”), “Before the Dream Ends”, with a signed distribution contract with O2 Play. And the original series “Waves”, developed by writer and screenwriter Hermes Leal.

In the northern region, the producer focuses on the production of films and TV series that portray the development of cultural, geographical and economic diversity in Brazil, as also in favoring and including the Brazilian culture of this region in the context of global issues.

Among the projects, the series “Amazon Fashion” (2020), with direction by Nival Correia, on sustainable fashion in the Amazon, shown at Fashion, stands out TV. Distributed by Circular Media for the international market, it is available on Amazon Prime Video, in Brazil, Angola, Cape Verde, Guinea Bissau, Mozambique and East Timor.

HL Filmes recently released the documentary “Law and Fear”, by Hermes Leal , about the fear of losing democratic conquests before the election of Bolsonaro in 2018, which had a virtual debut in May 2020. In 2021, he will launch the series “In the Force of Law”, by Hermes Leal, on the CineBrasilTV channel, about the changes in the laws of Brazil with the change of government, and also the documentary feature “Bahia Sun”, by Orlando Senna, also on CineBrasilTV, about a different view on the independence of Brazil.

HL Filmes also produced the philosophical series “Contemporary Thought”, by Hermes Leal, based on the Philosophical Café of TV Cultura, shown on CineBrasilTV (2017) and Curta! (2018) channels. And the cinema series, “Cinema in Trance”, shown on Prime Box Brazil (2019) and A&E (2020) channels, among other digital platforms. 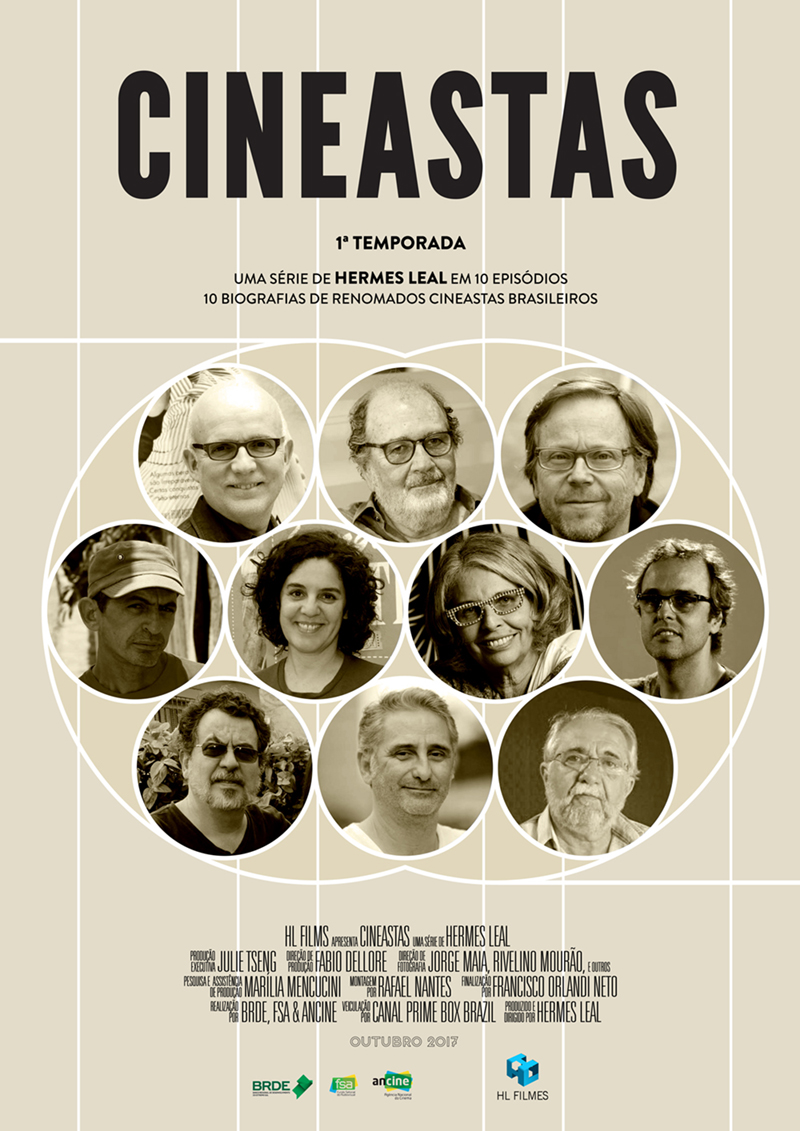 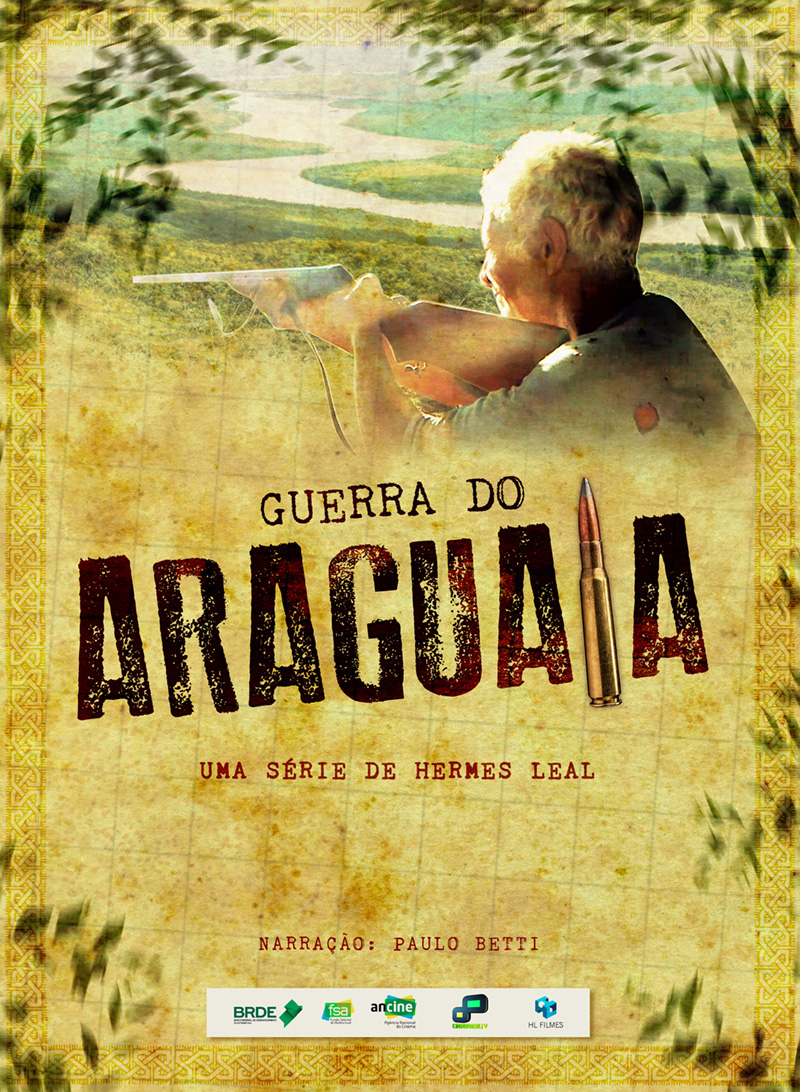 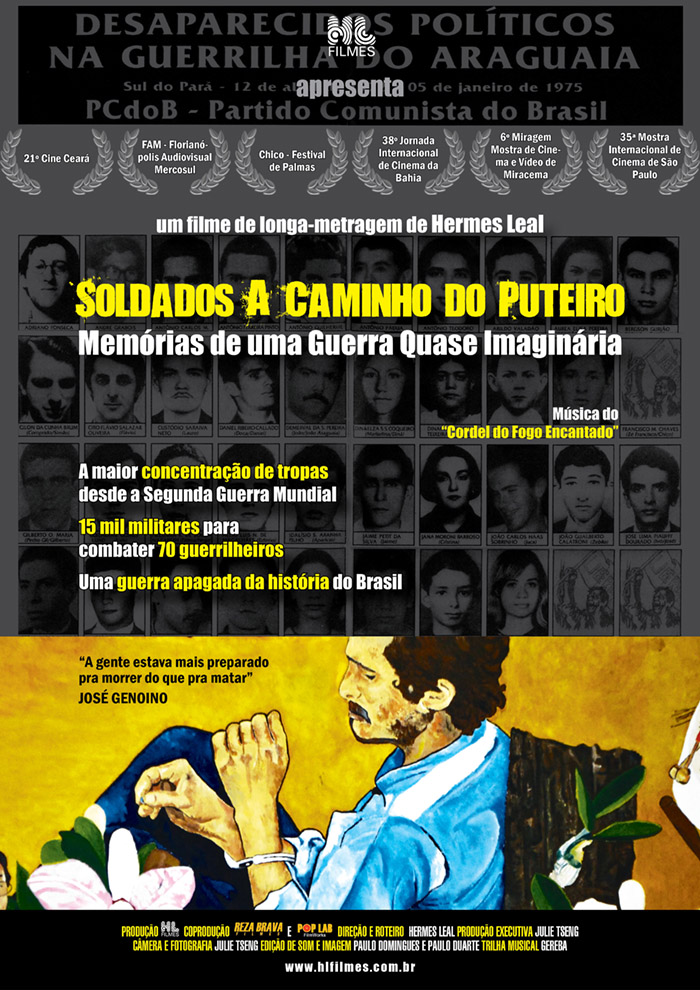 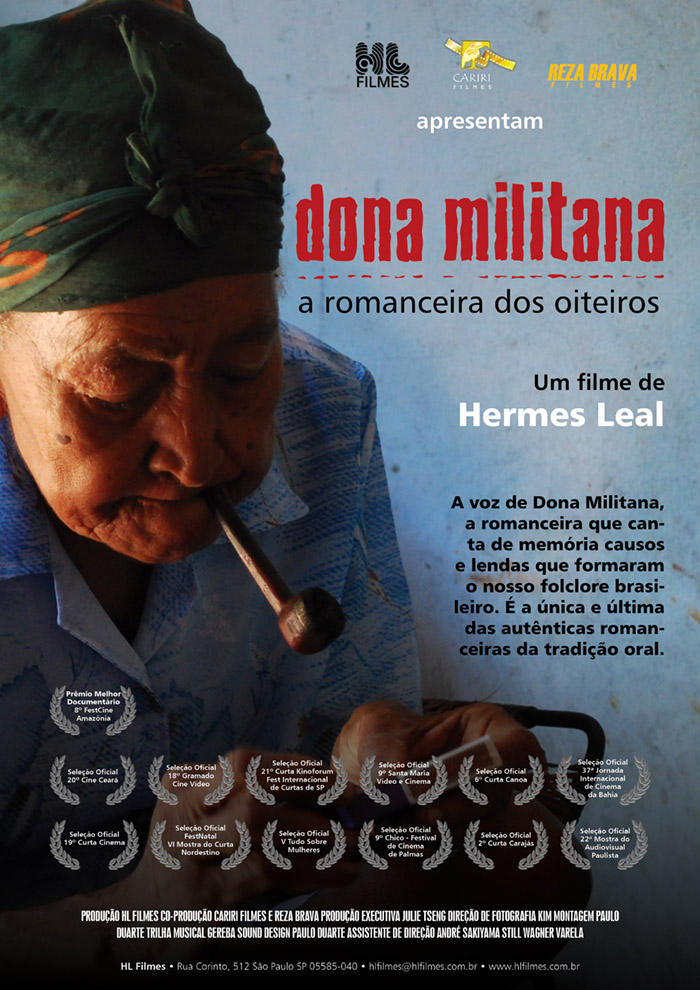 PROJECTS IN DEVELOPMENT AND IN PRODUCTION

Before the Dream Ends

A coming-of-age action-adventure drama that tells the story of Daniel, a sensitive boy raised in the Amazon Rainforest, along with anaconda snakelets, with a wild soul and pure feelings, who desperately tries to escape from a life of quasi-slavery.

A fictional series, in 6 episodes, adapted from Conceição Sennaís tales, about six women from the sertão region in the mid-twentieth century, unified by Northeastern culture.

The story of a surfer hiring a professional hitman to take out his brother and rival; a hitman who hires a vigilante to do his job; a beautiful, helpless young woman who seduces the vigilante to eliminate hired by the hitman. 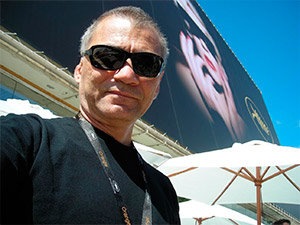 The author specialized in narrative theory after three decades of research in fiction, and had his studies published by the publisher Perspectiva, in 2017, in the famous Collection Estudos, with the title of “The Passions in Narrative – The Construction of the Screenplay of Cinema”, in the same collection in which the greatest thinkers in the world, such as Gilles Deleuze and Michel Foucault, were launched in Brazil. The importance of research was due to its application in the creation of characters based on their passions and emotions, in a new science of knowledge, the Semiotics of Passions, recently discovered in France.

In his second work in this field, “The Passions in the Characters”, the author offers writers a theoretical structure of the characters’ action and emotion, demonstrating its perfect application in the scripts and characters of the films “Roma”, “Coringa” and “Parasita ”And in series, like“ Game of Thrones ”.

A good storyteller, he is the author of the novel “Before the Dream Ends” (Geração Editorial, 2016), about a young man fleeing the Amazon in dark times of the Cold War, which will be filmed under the direction of the award-winning filmmaker Lírio Ferreira and distribution from O2 Play. His first novel, “I’m Fuck!”, Released in 1997 and re-released in 2006, with the title “Knife in the Throat“, generated controversy when it showed a generation of teenagers in the 1990s, who could do anything but beat AIDS.

Hermes is an explorer, his adventures are always authentic for places little or never explored. He is the author of “Quilombo – Uma Aventura no Vão das Almas” (1995) and the first biography of the adventurer who inspired Indiana Jones, “The Enigma of Colonel Fawcett” (Editorial Generation, 4th edition, 2008), about the English city hunter lost in Brazil. The book became a small best seller, with five printed editions, and tells the adventure of Fawcett and the author himself in search of clues about his mysterious disappearance.

The author, who has worked on several open TV channels, is a producer, screenwriter and director of important TV series, such as “Contemporary Thought”, shown on the channel Curta !, based on Café Filosófico, from TV Cultura. His series “Filmmakers” premiered in 2017 on the Prime Box Brazil channel, shown in 2020 by Curta! and A&E channels, and available on Vivo Play.

He is a producer of award-winning films such as “Age of Water”, by Orlando Senna – famous director of “Iracema – Uma Transa Amazônica” (1980) -, who participated in more than 20 festivals in Brazil and abroad, and addresses the issue of water crisis in the Amazon. Currently, the film is part of the Amazon Prime Video catalog. He is the creator and screenwriter of the series “Amazon Fashion”, shown on the Fashion TV channel and available on Amazon Prime Video, which addresses fashion from sustainable products in the Amazon. He recently debuted as a director, the documentary film “Law and Fear”, about the fear of losing democratic achievements before the election of Bolsonaro in 2018.

Television professional, with a career started in the 1990s, he served as a TV director at Rede Manchete, where he spent ten years and created the first police reality show in Brazil, “On the Crime Route”, champion of audience for years. He also worked in the journalism of SBT, Rede TV and Record. 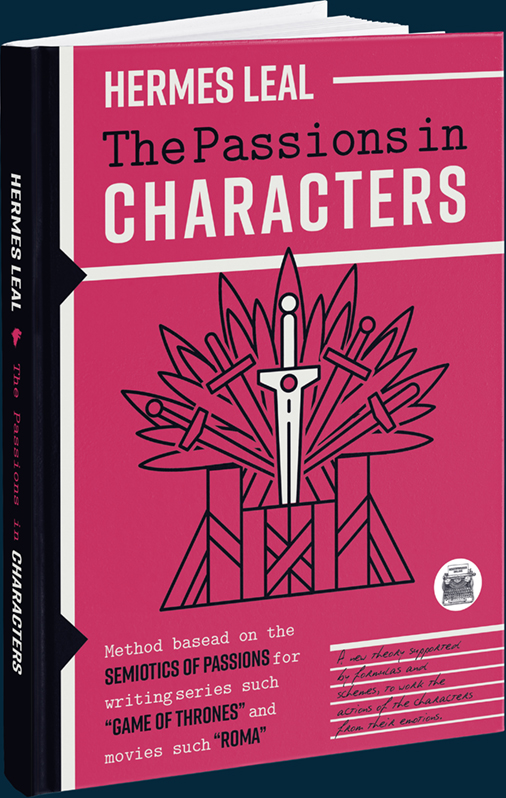 The Passions in the Characters

Formulas, schemes and theoretical models that enable authors to master the structures of the "action" and "emotion" of the characters, in a theory supported by linguistics, logic and philosophy. 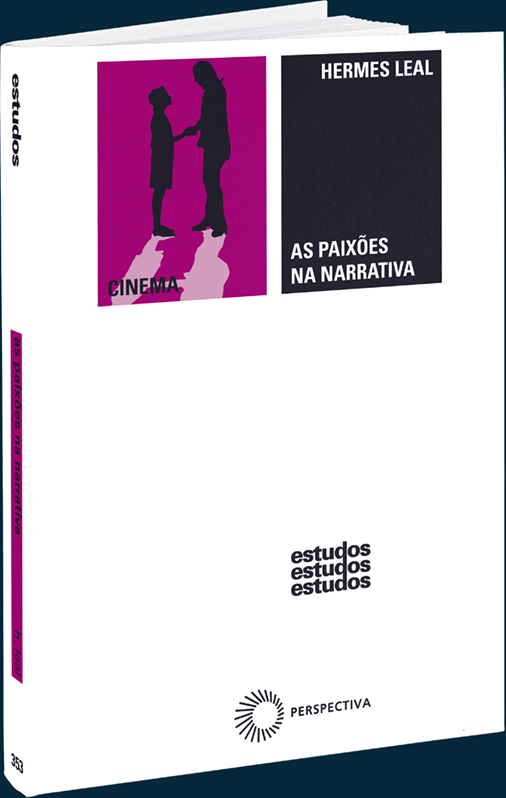 The Passions in the Narrative

A manual with an unprecedented theory for screenwriting and character development 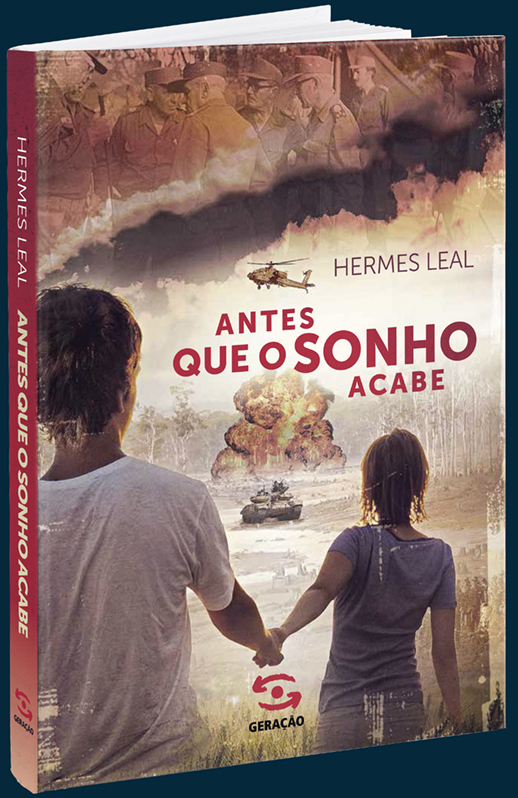 Before the Dream Ends

A novel based on a real story, at the end of the 1960s, in the middle of the Amazon sertão region, in a small town disconnected from the world, on the banks of the Tocantins River, about the sad episode of the hunt for communists and the story of a dreamy teenager. 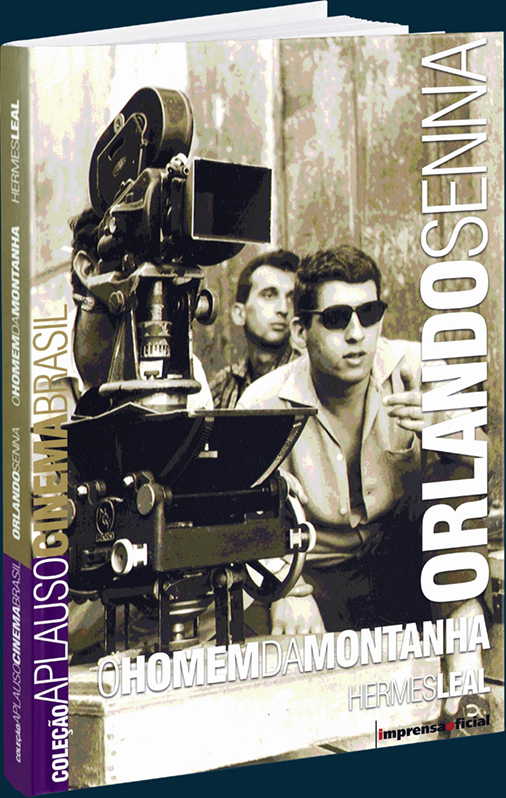 The biography of filmmaker Orlando Senna, former Secretary of the Audiovisual Department of Brazil’s Ministry of Culture, author of films such as Iracema, uma Transa Amazônica and one of the founders of the Cuban film school. 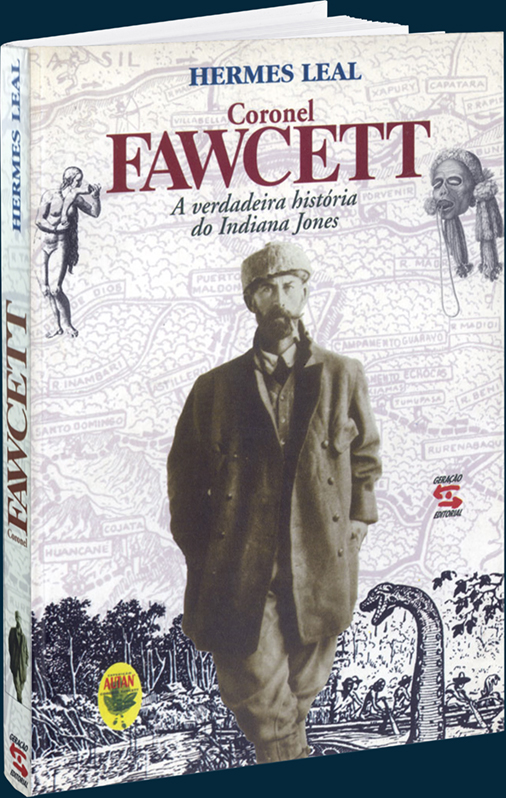 The Riddle of Colonel Fawcett, a Verdadeira História do Indiana Jones

The first biography of the British colonel who disappeared in the Brazilian forests while searching for a lost city. 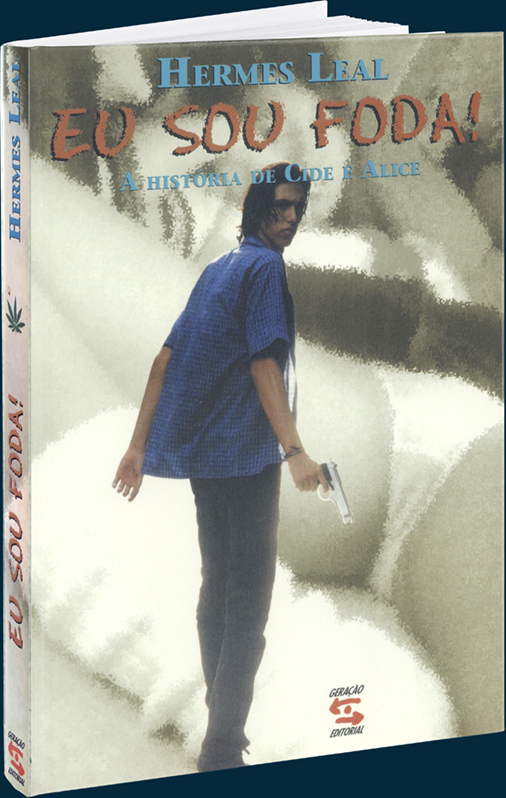 A sort of 21st-century Romeo and Juliet. A book that is undoubtedly controversial, being however adopted and openly discussed in modern schools. 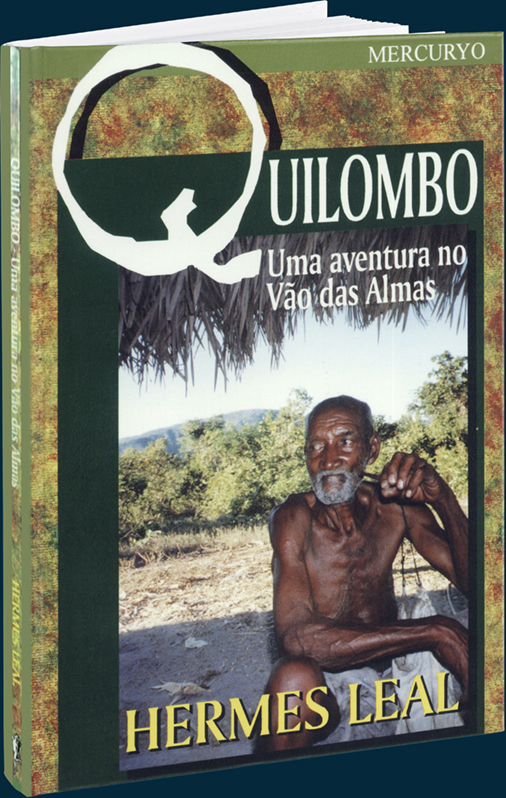 Quilombo, an Adventure in the Vão das Almas

The story of an adventure in the sertão wilderness, in the heart of Brazil.

A filmmaker and writer, Orlando Senna has directed fictional films (“Iracema – Uma Transa Amazônica, Diamante Bruto, and Gitirana) e documentaries, written screenplays (Ópera do Malandro and Coronel Delmiro Gouveia) and novels (Um Gosto de Eternidade and Os Lençóis e os Sonhos). He was general director of the International School of Film and TV of Cuba and TV Brasil, managing director of TAL-Televisão América Latina and National Secretary of the Audiovisual Department. He is a member of the Board of Directors of Fundación del Nuevo Cine Latinomericano.

He works as director of documentaries at 2F Fact-Finding Films, journalist at CNN Brasil, reporter for the Exam Home app, columnist and blog author at Estadão, and international affairs commentator for CBN Radio. He was a special reporter for the newspaper O Estado de São Paulo, between 1998 and 2000 and between 2001 and 2015. During this period, he covered 60 countries, including all of South America, except Guyana and French Guiana, North and Central America, Europe, Africa, the Middle East, and Asia.